Paired up, the Anthem Statement D2v & P5 earned high praise from Chris Martens of The Perfect Vision.  Enough so that this perfect pair made the "Recommended 2010" list.

"What makes the Anthem pair so appealing is that it addresses all aspects (not just some aspects) of A/V performance at once—sound quality, picture quality, room correction/EQ, massive power output, and overall flexibility and control. While some competing units cover some of these bases well, few offer the supremely well-balanced solution that the Anthem pair provides." 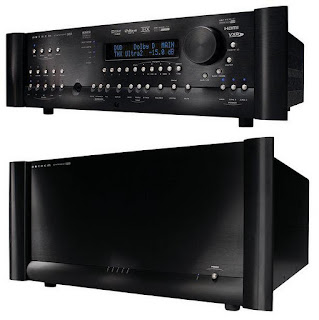 Click here to read Chris Martens' full review of the D2v & P5.
Posted by Paradigm Electronics at 7:35 AM No comments:

Gary Altunian of About.com discusses the "Five 'Must Have' Gadgets for the Stereo or Music Lover" this year.

"Building a top class system starts with the controller. Despite its complexity, the AVM 50v delivers the rich sound quality of the finest analog audio components, but with superb digital audio processing, video upscaling and control features and a plethora of useful system controls. It's one of the best audio components I've tested. The companion MCA 50 power amp is a robust powerhouse, and I'm sure I never tapped its full potential. The Anthem separates are among the best of the best in home entertainment components. Read my full review and learn why."

Click here to see the "Best Stereo Gadgets 2010" on About.com.

Click here to read Gary Altunian's review of the Anthem AVM 50v & MCA 50.
Posted by Paradigm Electronics at 8:17 AM No comments:

Smashing review of the Anthem D2v and A5 by AVForums.com

Click here! to read the entire D2v and A5 review from AVForums.com
Posted by Paradigm Electronics at 6:29 AM No comments: 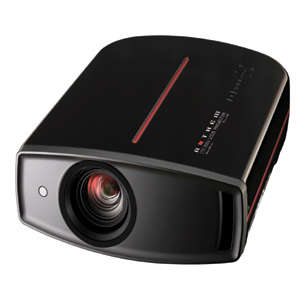 Read more about Arlen's opinions on easy installation and great color fidelity when using the LTX 300v.
Posted by Paradigm Electronics at 7:09 AM No comments: 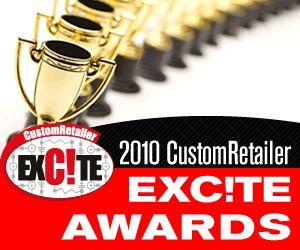 Click here for details on the winning product!
Posted by Paradigm Electronics at 11:27 AM No comments: 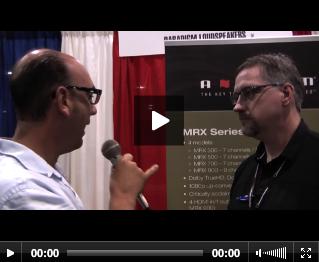 Click here to watch the video interview!
Bob McConnell, VP of North American Sales for Anthem talks to Jeff O'Heir of Dealerscope at the Nationwide PrimeTime show in Washington about Anthem's upcoming line of MRX receivers.
Posted by Paradigm Electronics at 7:19 AM No comments: 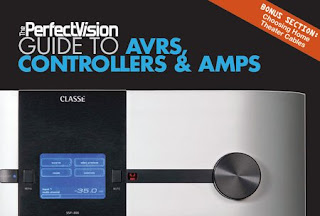 We are proud to announce the Anthem Statement D2v and P5 have been featured in this year's The Perfect Vision Guide to AVRs, Controllers & Amps.

Click here to check it out!
Posted by Paradigm Electronics at 8:25 AM No comments:

... asks Doug Schneider, publisher of SoundStage!  After seeing the receivers at the Munich High End Show, senior editor, Colin Smith called them "some of the most exciting products at the show."
Now, after the North American press introduction at the CEA LineShows last month, Roger Kanno, associate editor, agrees with both Doug and Colin, "judging by the information provided, and Anthem's reputation for producing top-quality electronics Doug and Colin had good reason to be impressed by these products." 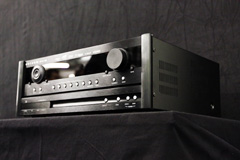 Check out the July BackStage! column highlighting the new MRX receivers and MDX 1 iPod/iPhone Dock.
Posted by Paradigm Electronics at 6:20 AM No comments: 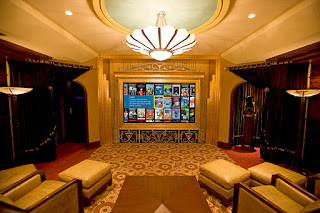 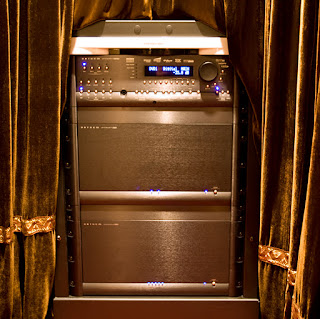 Filling the rack of this theater is Anthem Statement electronics including the award-winning D2v audio/video processor as well as P2 & P5 amplifiers. The rear of the room includes a curved wall which posed some serious acoustical challenges but Georgiou used the ARC Anthem room correction kit included with the D2v to tame the sound field.


Georgiou chose to deck out the theater in the Paradigm Reference Signature line because as he puts it... 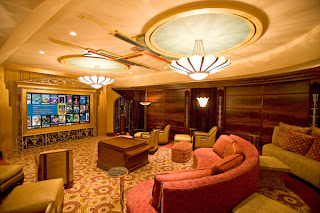 "Paradigm has, at every price point, a speaker that competes with the best of the best in the world... so when I'm deciding which speaker we're going to use in a particular room, I look at the capabilities of each speaker in [Paradigm's] catalog and decide what's going to eb best for the project depending on a budget. With this room, we needed world-class performance, and so we went with S8. I don't know that there's a better speaker for the money."
At the front of the room Georgiou used a pair of S8's and a C5 center channel. However, at the rear of the room, Georgiou wanted to match the S8 & C5 sonically but he couldn't use traditional in-walls in the curved wall. "As good as the guys at Paradigm are, they don't make curved back boxes," he says. But Georgiou found the perfect solution using four Signature W5 speakers, a thing on-wall speaker.

To see the full installation and read more on this theater in Home Entertainment magazine, click here!
Posted by Paradigm Electronics at 12:46 PM No comments:

"The Perfect Match" ... says John Gatski of Everything Audio Network about this Paradigm & Anthem system

Looking for high-end sound with limited living space? John Gatski of Everything Audio Network reviewed the Paradigm Reference Signature S2's paired with the Anthem Integrated 225 and found the perfect match! To say that Gatski liked what he heard would be an understatement. He was so impressed that this "Dynamic Duo" won Everything Audio Network's "Stellar Sound" award!

Posted by Paradigm Electronics at 6:41 AM No comments:

Posted by Paradigm Electronics at 6:05 PM No comments:

With a new look and feel, you're gonna love it!
Click here to check it out!
Posted by Paradigm Electronics at 11:17 AM No comments: 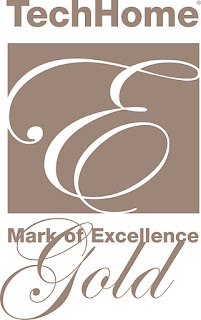 Click here to see the full list of winners!
Posted by Paradigm Electronics at 1:51 PM No comments:

Sound+Vision posted its full review of the Anthem AVM 50v preamp / processor, and it's a beauty or as Al Griffin put it... "desirable", earning the status of 2009: Sound & Vision Certified & Recommended 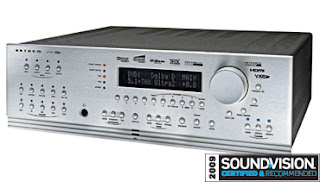 Al Griffin raved about the AVM 50v in his review saying that it "is a worthy successor to the company's AVM 50 preamp / processor, bringing a number of welcome audio features like the company's impressive ARC room-correction and built-in Dolby TrueHD and DTS-HD Master Audio soundtrack decoding.  Video, too, gets a bump up with Anthem's addition of block and mosquito noise reduction."
At the end of his methodical review, Griffin concluded by saying  "I've often told friends and colleagues that if you're going to buy an A/V preamp/processor, Anthem is the brand to get.  After spending time with the company's new AVM 50v, it's clear that there's no reason at all for me to change my tune."
To check out the rest of Sound+Vision's great review of the AVM 50v click here!
Posted by Paradigm Electronics at 8:51 AM No comments: 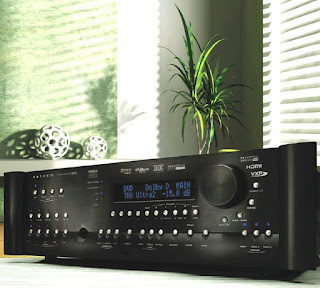 Not Only did the Anthem Statement D2v get a smashing review from Home Entertainment, they picked it as one of the "10 Best Gear 2010"!

... or to read the full Anthem Statement D2v review Click here!
Posted by Paradigm Electronics at 9:23 AM No comments:

We're Giving Away BLX 200 Blu-Ray Players to our Facebook Fans!

Paradigm is having so much fun giving away free products to its Facebook fans that Anthem wants to join in on the fun too!
Starting February 1st 2010, every month for four months we will be giving away an Anthem BLX 200 Blu-Ray Player. All you have to do is become a fan of Anthem and you are automatically entered for the monthly random draw.


Click here to go to our Anthem Facebook page and become a fan!
Posted by Paradigm Electronics at 11:11 AM No comments:

Sound & Vision picked products for their annual "New Product Guide"... and we made the cut!


This upgraded version of Anthem's Master 50 pream/video processor comes loaded with audiophile-friendly features, including the Anthem Room Correction (ARC) system, which individually adjusts each speaker's frequency response to best fit a room. ARC takes multiple microphone samples from different positions in a room to define the best output for an entire listening area and not just a single sweet spot. The preamp can support up to 7.1 channels of 192-kHz PCM, and its dual-core audio DSP can decode both Dolby TrueHD and DTS-HD Master Audio.

Click here to check out the rest of the article!
Posted by Paradigm Electronics at 1:12 PM No comments:

Anthem Earns "Product of the Year, Electronics" from GoodSound! 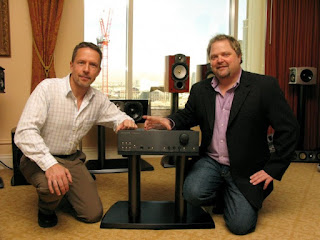 CES 2010 was a great show for Anthem... But even more so when the SoundStage! Network announced the results of their annual awards. The Anthem Integrated 225 Amplifier received the "Product of the Year, Electronics" award from Good Sound!

Photo above: Paradigm's very own Marketing Manager - Mark Aling - accepting the award for Product of the Year, Electronics from Doug Schneider of GoodSound! at CES 2010 in Las Vegas.
Posted by Paradigm Electronics at 12:17 PM No comments: 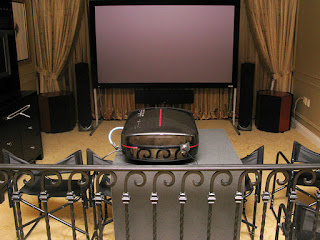 Home Theater's Shane Buettner writes that our demo "... almost shook the Venetian hotel to the ground." But more importantly goes on to say that "The versatility of this system was extraordinary, bringing me to my emotional knees with an evocative KD Lang concert performance before shattering that blissful calm with a bonecrusher (ok, hunter-killer) scene from Terminator Salvation..." Click here to check out the rest of Shane's review!
Posted by Paradigm Electronics at 7:34 AM No comments:

CES 2010 an Absolute Success for Anthem! 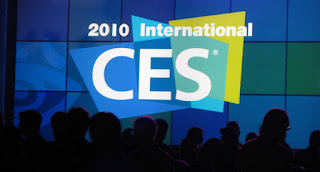 So we made it back from CES! What a fantastic show. Stay tuned for a collection of show reports to follow over the next few days... we have a lot to tell you about!

A very special thanks to Camaraon Ochs and the band for playing at our first ever Dealer and Press event! We'll post some video of her performance in case you missed it. It was absolutely incredible!

Posted by Paradigm Electronics at 5:51 AM No comments: