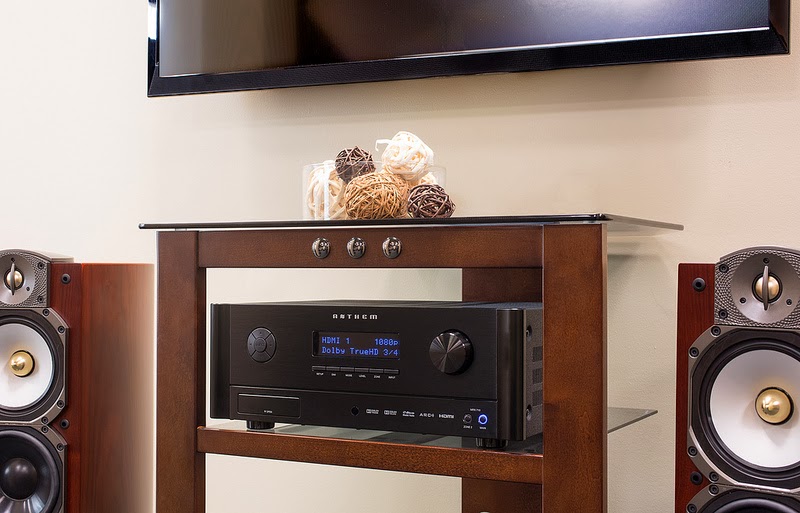 "Sound is a critical part of watching the Super Bowl; you'll want to hear the bone-crunching tackles, the roar of the crowd, and that overly zealous fan in row 10. This AV receiver will help you pick out all the distinct audio from Fox's full-HD surround-sound broadcast, and the Anthem MRX 310 pumps out 80 watts of power to the two front speakers and 60 watts to the sub and side channels. The receiver provides 4K upscaling for the game if you have a 4K television."


Click here! to see all 8 recommendations by Popular Mechanics.
Click here! for more info on the Anthem MRX 310 a/v receiver.

Posted by Paradigm Electronics at 8:21 AM No comments:

Anthem's Statement M1 wins a 2013 Product of the Year Award from SoundStage! Network 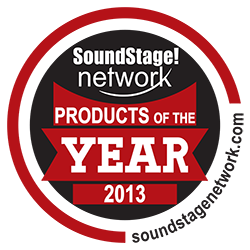 We are proud to announce that the Anthem Statement M1 monaural amplifier won a 2013 Product of the Year Award from SoundStage! Network in the category of Pioneering Design Achievement. To win an award from Soundstage! is an honor but especially so given the category.

Anthem took more than five years to design and perfect the M1. The result of their efforts is a class-D amplifier capable of extraordinarily high power, claimed to deliver more than 1000W into 8 ohms or 2000W into 4 ohms, and to maintain a flat frequency response regardless of load -- something that’s not always the case with class-D amps. (With many class-D designs, the high-frequency response in particular varies with the speaker load.) The M1 is also said to be stable into any impedance, and to be unclippable -- if it approaches clipping, it simply shuts down. Befitting the M1’s unique technical design is an appearance just as distinctive -- wide and deep (it’s about 19” square), but shallow (just over 2” high), it comes finished in basic black, which makes it sort of Stealth-like."

Click here! for more info on the Anthem Statement M1.

Posted by Paradigm Electronics at 1:11 PM No comments:

A fantastic review of our new MRX 710 a/v receiver has been published on SoundStage! Xperience. Earning "Reviewers' Choice" status, we were pleased to read that writer Wes Marshall thoroughly enjoyed his time with our MRX 710. Below are a few quotes that we have taken from the review...

"Anthem’s first priority is high-quality sound. Despite the fact that there have been multiple updates to Dolby, DTS, 3D, and other systems since Anthem last revamped their model line, the company waited, did its research, and came up with upgrades only when it knew they sounded better. And they do. If your No.1 priority is sound quality and you want an AVR rather than a preamplifier-processor, then the MRX 710 is your puppy." 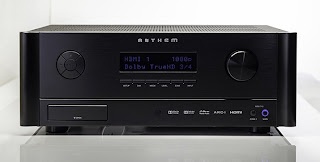 "The Anthem MRX 710 presented a crystal-clear view into these amazing performances... Again, the Anthem receiver was equally at home providing accurate sound for the audiophile, and the necessary switching, decoding, and picture quality demanded by the home-theater enthusiast." 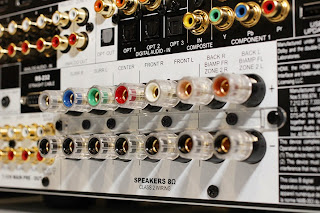 "...I think that Anthem, with the Performance MRX 710, has achieved its goal of offering the finest possible sound quality."


Click here! to read the full MRX 710 review from SoundStage!
Click here! for more info on the MRX 710.


Posted by Paradigm Electronics at 8:05 AM No comments: 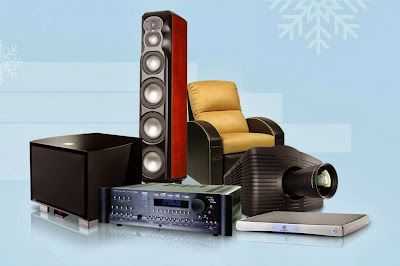 "Sometimes we spend so much of our time researching the best deals and trying to get the best bang for our buck that we forget it can be a lot of fun to dream big. For this list, we decided to set aside any notion of practicality or budget, and shoot for the moon (or, you know, another galaxy) when picking components and accessories for our no-holds-barred, cost-no-object home theater. We’re pretty happy with how it came out. In fact, we think that, in many ways, it could rival the most insane home theater we’ve ever seen. Let us know what you think in the comments, and tell us about what you might put into your ultimate home theater."

Statement D2v 3D
"Anthem’s flagship processor offers the perfect combination of professional-grade audio and video processing, more inputs than you can shake an HDMI cable at, and balanced outputs on each channel for ultra-clean signal transmission. It’s also rack mountable, and it’ll have to be because it needs to stick close to the seven perfectly-matched amplifiers it will be feeding."

Statement M1
"For some applications, 1,000 watts of power is plenty; but not for this insane home theater. Nope, we’ll be needing seven times that, thanks. Each M1 amplifier can deliver 1,000 watts into 8 ohms; more for lower impedance speakers. More power means better dynamics and less distortion, so why not go for broke and build in some headroom?"

Posted by Paradigm Electronics at 6:23 AM No comments: