Last weekend's Salon Son & Image (SSI) Audio Show in Montreal was a success but this year the show included something a little bit different... a little bit patriotic! As all audio geeks know, Canada has a pretty spectacular reputation for housing some of the world's most respected audio companies (*cough* Anthem & Paradigm *cough*). To celebrate the success of Canadian audio brands, the Salon Son & Image organizers started the Canada Pavilion (Pavillon du Canada) to showcase these audio companies and their products. And included in the long list on display were a couple of consumer favourites from Anthem, which SoundStage! captured so beautifully below...

On display in the Anthem area of the showcase was Anthem's long-standing industry favourite, the Statement D2v pre-amplifier/processor and the all-new proprietary Statement M1 1000W monaural amplifier.


Click here! for more SoundStage! coverage
of the Canadian Pavillion and SSI 2012 show.
Posted by Paradigm Electronics at 5:36 AM No comments: 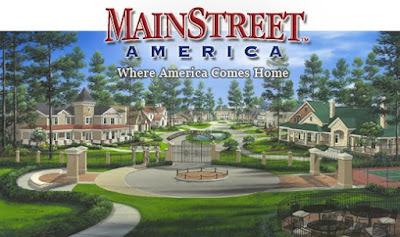 Opening this Summer 2012, MainStreet America® is a year-round destination located in Houston, Texas, where today's consumer can Explore, Experience & Enjoy the latest in home building products and services.

Among the many partners involved, Anthem & Paradigm are excited to take part in such an expansive install. We look forward to having an array of electronics and speakers on display and demo in real home environments.

In an area the size of two football fields, visitors will be able to:


Click here for more information on MainStreet America
& for updates on the grand opening.

Posted by Paradigm Electronics at 11:32 AM No comments:

Anthem is proud to announce a gold award win for MRX in the category of "Best AV Amplifier / Receiver" from Sound Vision Install (SVI) in the UK! 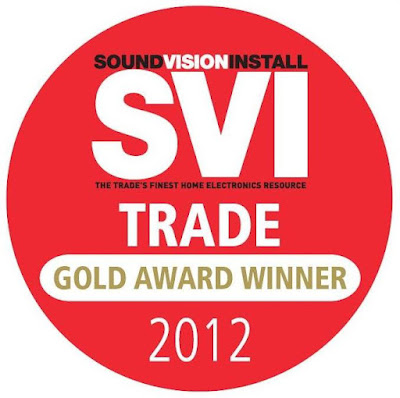 The SVI Trade Awards are voted by CI installers themselves, which speaks volumes for the Anthem brand. It is a true honor!


Click here! for more information on the Anthem MRX series.

Posted by Paradigm Electronics at 5:02 AM No comments:

How to Pick the Best Screen for Your Room

When installing your home theater or dedicated theater room, screen ratio, screen size and seating distance are all important factors to consider before starting construction... but how do you know the right combination? 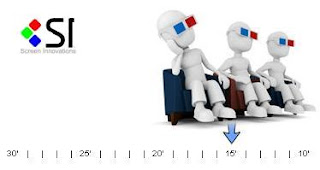 Well, thanks to the good folks at Screen Innovations, there is a very helpful online tool to determine just that! The SI Seating Distance Calculator is a simple two-step process that will help you determine the right screen size for your room. All you have to do is select the screen ratio from a drop down menu and then using a cool little drag feature (see image above) you pick your seating distance. Once you have done so, your screen size recommendations are listed by: THX Min Size, SMPTE size and THX Max Size.


How cool is that? Now you're ready to shop for the perfect screen.
Click here! for Screen Innovation's "Seating Distance Calculator".
Posted by Paradigm Electronics at 7:47 AM No comments:

Stereophile's April 2012 issue has hit the shelves and this edition features the 2012 Recommended Components list as chosen by Stereophile editors. They have rated the top 700 audio products, including everything from classic loudspeakers to the newest digital players and included a couple of good grades for Anthem!

Music Surround-Sound Components
(Other than Speakers and Disc Players)

To see the full list of "Recommended Components"
pick up the April 2012 issue of Stereophile from newstands.