"I give both the Anthem Room Correction system and the MRX 710 my highest recommendation" - Robert Kozel, Secrets of Home Theater

Robert Kozel reviewed the Anthem MRX 700 in 2011, so it was no surprise after seeing and listening to the next generation of Anthem a/v receivers at CEDIA that he would want to get his hands on one. "I reviewed the first-generation MRX 700, so I was looking forward to seeing the changes in the MRX 710. I also could not wait to play with the updated ARC 1M system." Of course we couldn't wait either, so we sent him a MRX 710. Robert's review has now been published and we are very happy indeed. Read on for some of the highlights... 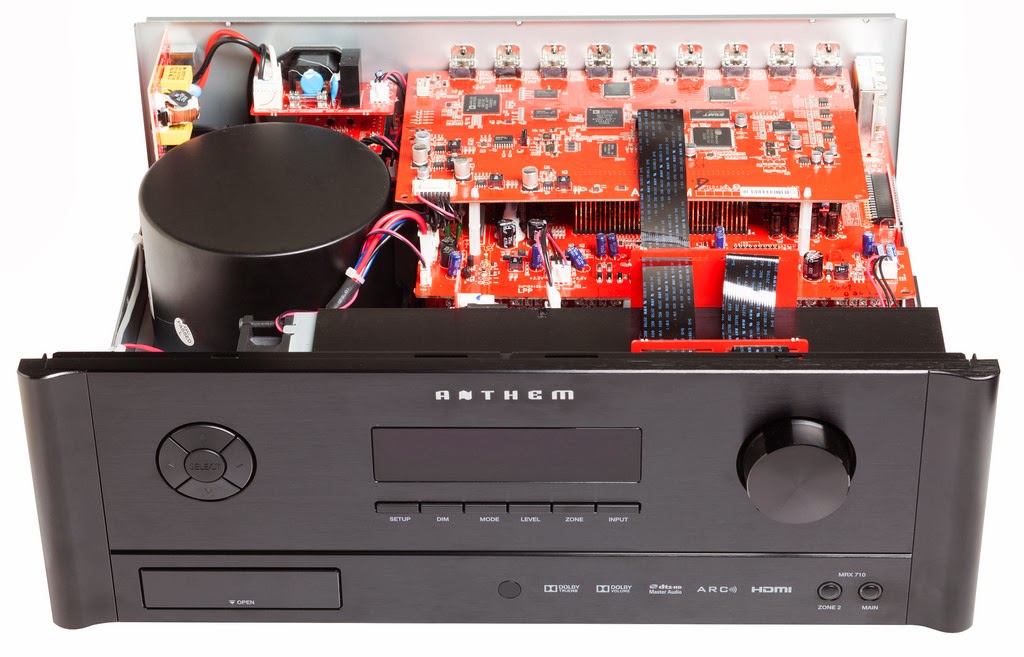 Movies
"The opening scenes with the shuttlecraft and Spock in the volcano were immersive. My listening room was filled with the thunderous roar of the bubbling volcano and I was immediately drawn into the unfolding drama... The MRX 710 created a large, wonderful soundstage."

"The MRX 710 was adept at handling everything the movie's Dolby TrueHD 7.1 sound track had to offer. From crisp clear dialog as Kirk enlists Kahn to cross over to the Dreadnought-class USS Vengeance, to the subtle echo of Kirk's footsteps in the garbage chute, to the utter silence of space as the doors quickly close behind them as they enter the debris field, the MRX 710 handled all of it with ease."

"The final scenes as the Enterprise falls to earth were simply amazing. The spinning of the ship as it fell into my listening room was visceral. This was a testament as to how well ARC 1M managed the bass. Needless to say, I was completely engrossed with the movie and I ended up watching all of it once again. I loved watching movies on the MRX 710, and my experience with other reference titles like Sky Fall and Tron: Legacy was just as excellent." 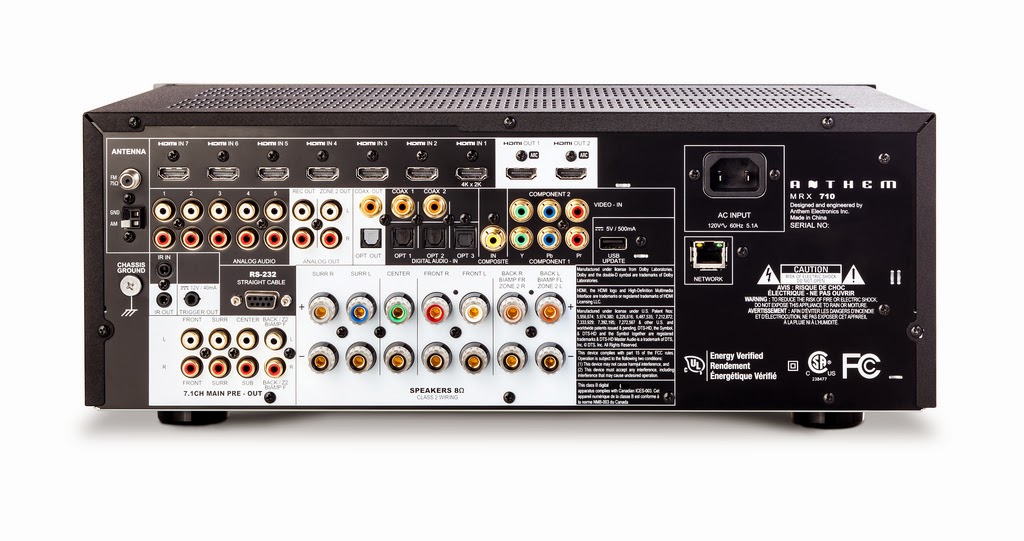 Music
"The sound from the MRX 710 was incredibly detailed and each instrument was beautifully layered to create a gorgeous harmony. The MRX 710 easily transitioned from the commanding sound of the cello and acoustic bass to the delicate sounds of the strings on the mandolin. I just sat back and enjoyed the sumptuous sounds of the entire album."

"High-resolution audio on the MRX 710 was equally enjoyable... The emotion and humor in Isabel Garcia's voice as she sang about love was palpable and intoxicating and the group's harmonies and mix of Brazilian style was pure fun."

Video
"From a video perspective, the MRX 710 did not display any handshake problems when changing resolutions on my satellite box or when changing inputs to another HDMI source. Video output looked great on movie and television content and Blu-ray content was excellent."

Conclusion
"Anthem continues their tradition of offering tremendous value for the dollar in their second-generation MRX A/V receivers. The MRX 710 sounds fantastic with both movies and music. The receiver is so much easier and faster to configure thanks to the network interface that Anthem has incorporated into the updated ARC 1M Room Correction System. The user interface redesign and enhanced features in the ARC-2 software are awesome and the software is included with every MRX receiver at no extra charge. If you are looking for a new receiver, make sure you visit an Anthem dealer and check out the second-generation MRX receivers. I give both the Anthem Room Correction system and the MRX 710 my highest recommendation.”


Posted by Paradigm Electronics at 1:49 PM