The Anthem MRX 710 was named "The Best" of "8 gutsy, feature-packed receivers to get your home theater pumping" by Digital Trends. 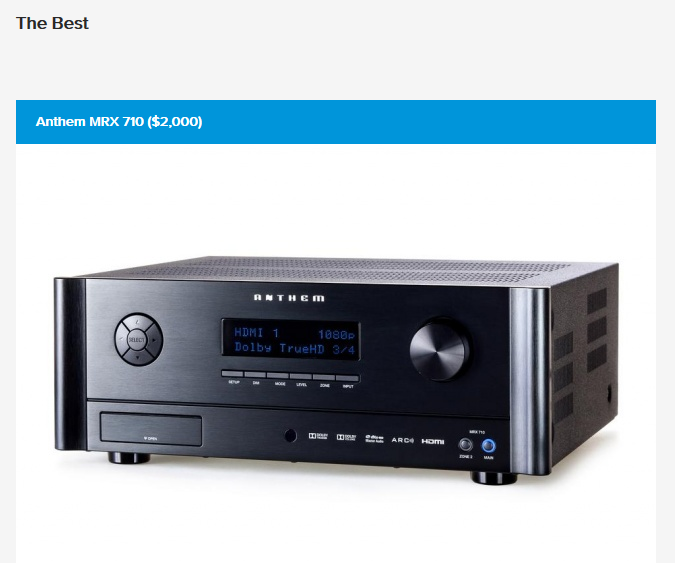 "The Anthem MRX 710 is not a receiver to be trifled with. More like a set of high-end separates than a receiver, the MRX 710 delivers sound that is as musically satisfying as it is cinematically energizing. Expect eight HDMI inputs and dual HDMI outputs, along with 4K upscaling and pass-through. The 7.1-channel receiver also comes bundled with the Anthem Room Correction System, aka “ARC,” allowing you to professionally calibrate the receiver’s output using an independent USB microphone, microphone stand and a laptop computer. It’s even adorned with a slew of great speaker configuration options and a robust power supply that delivers 120 real-world watts per channel. While not compatible with Dolby Atmos, the MRX 710 remains one of the most sonically-satisfying receivers we’ve ever experienced."


It doesn't get better than that!

Posted by Paradigm Electronics at 12:22 PM