When a gymnastics accident left teenager Brian Keefer paralyzed from the neck down, his father Steve quit his job to dedicate the entirety of his time to his son’s recovery, including escorting him to college day-to-day. However, given the layout of the Keefer family’s home, it became somewhat of a prison for Brian because he was confined to the main floor - but not for long... 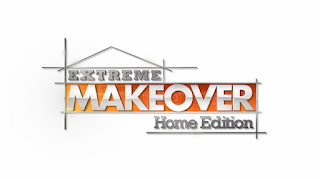 The Extreme Makeover Home Edition team redesigned and built the home salvaging only a few key rooms of the old home, while designing an entirely new wing specifically for Brian, complete with a voice activated home automation system, a monitoring system and an aqua therapy pool on the flip-side of the motorized Draper screen that has become Brian’s new home theater. 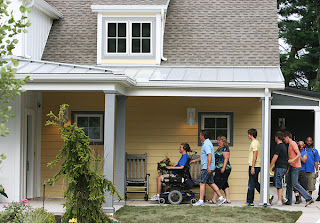 And what better opportunity for Paradigm & Anthem to take part in this incredible project, then with the inclusion of a theater room? As soon as the opportunity presented itself we were quick to jump on board and donate an array of speakers and electronics to the Extreme team. In the theater room and throughout the home there are a total of twelve PCS and CS series in-wall speakers, two Reference Millenia 20 on-wall LCR speakers, an X-300 in-wall amplifier, Stylus and Rock Monitor outdoor speakers. From Anthem the speakers are powered with an MRX-300 receiver and a PVA 4 amplifier.