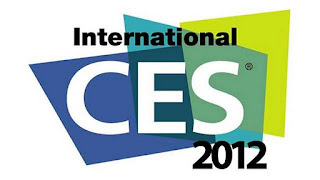 CES 2012 wrapped up last week and based on attendance and show coverage, we're calling it a great success at Anthem & Paradigm! With the introduction of new products, a mind-blowing 2-channel high-end demo as well as a few sneak previews of upcoming products, the Anthem & Paradigm suites at the Venetian were buzzing with excitement! So here's a summary of what went on...

The show kicked off on a high note with a prestigious award for Anthem... The SoundStage! Network handed out their "Product of the Year" awards and the MRX 700 won "Exceptional Value" in the Electronics category!


By far the most popular Anthem product at the show was the Statement M1 amplifier. CE Pro named it one of the "Best Products of CES 2012"... 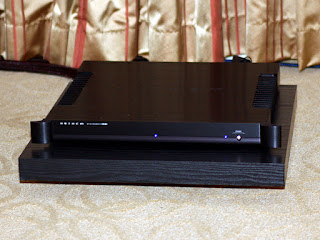 The M1 also performed in the Anthem & Paradigm 2-channel high-end demo. Creating quite the buzz, the demo room featured two Paradigm Reference Signature S8 floorstanding speakers driven by a pair of new Anthem Statement M1 amplifiers. Until now, Class D amplifiers have been shunned in the audiophile world. The M1 enjoys all of the attributes of our award-winning Statement Class AB amplifiers but through exclusive Anthem technologies, goes far beyond the current capabilities of Class A, Class AB and prior Class D amplifiers in the market. The goal of the demo was to be a simple 2-channel demo so that we could let the S8s and M1s shine and we can say with confidence, they did just that.


Also making an appearance was the upcoming Anthem AVM 50v 3D and Statement D2v 3D, expected to be released sometime soon (we can't say more than that at this time)... 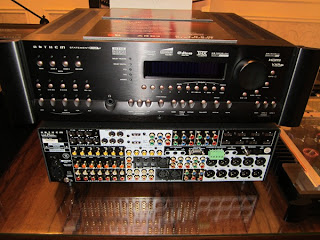 That about covers what was new and exciting at CES 2012 for Anthem, however, the coverage was endless including many videos, photos etc. We encourage you to do a Google search to find out all the details from differing perspectives of the show.

Here are few links to picture and video coverage at the show:

Click here! to read a summary of CES 2012 Paradigm coverage.
Posted by Paradigm Electronics at 12:48 PM