"When it comes to knuckle-whitening, ass-clenching performance, there’s just little else that can compete at anywhere near this price point." - Dennis Burger, HomeTechTell 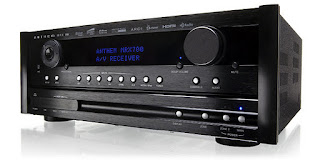 To start, we'd like to apologize if the headline of this blog offends anyone... sorry. In our defense, it was far too tempting to down-play such a fun compliment when let's be serious, we're just like any parent gushing with pride for our new baby (the Anthem MRX 700 receiver that is).

After having a go with the MRX 700, Dennis Burger of HomeTechTell wrote a favorable review full of playful quotes like the one above - and yes we're proud!  So without further ado, here's a few teasers that we hope will entice you to read the entire review... 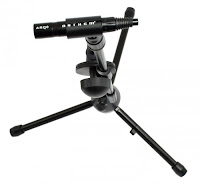 "...a significant factor in the MRX 700’s exceptional audio performance—is Anthem Room Correction (ARC for short), the exact same calibration system that ships with the company’s flagship Statement D2v A/V processor... The louder I crank the MRX 700, the more difference ARC makes. And crank it loud I do. A lot. Although the receiver only features 90 watts per channel in surround mode, I would put it toe-to-toe with any of the so-called 125-watt-per-channel receivers I’ve reviewed lately and dare the rest to try to keep up." 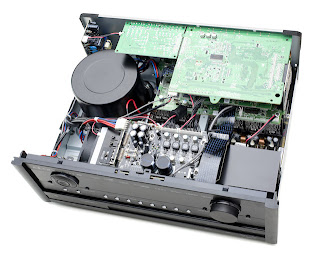 "...And it runs that hard, in typical Anthem fashion, without a lick of discernible distortion. Honestly, it’s easy to push the MRX 700 way past the point where you should be able to sit in the room with it."

Comparing Anthem to Corvette, Dennis playfully adds "As the old Corvette ad campaign boasts, 'They don’t write songs about Volvos.' There’s a reason they call the MRX 700 an Anthem."


Click here! to read the full MRX 700 review by HomeTechTell.
Posted by Paradigm Electronics at 6:05 AM